The quarantine has forced us all to stay in/around our homes. Aside from dog walks and now, trips to the private beaches in town, I have been busy in the house. I’ve reorganized the pantry and kitchen, we started to put in new flooring, we’ve updated our deck — we’ve been busy, but through that busy, I’ve tried to make time to read. Admittedly, taking my spring course-load and two summer courses has slowed me down but I’ve been trying to read lighter books to keep me balanced.

Here the books I managed to get through in the spring:

There’s so much to say about this book; it was refreshing and real and pretty much everything I would have expected by the former First Lady. I found the writing to be equal parts authentic and warm. On a personal level, I was moved by her openness around fertility struggles. I am an instant fan of anyone willing to openly discuss their experiences around this and I had no idea I could like and respect her more prior to reading this text but I now do.

I’ll happily admit to being a JSimps fan since her show Newlyweds aired. I had no idea about some of the darkness she experienced or her struggles. Though none of them surprised me, the raw and open information she shared about herself hit the mark — she mentioned in the book that her goal was to make you feel like you were talking to her and it really did. Overall, I found this book to be kind of sad — a lot of people took advantage of her throughout her life but she discusses her resiliency and hope.

Evicted told the tale of housing issues throughout the city of Detroit. It was written in the early 2000s and documented first-hand accounts of experiences as renters and landlords. This book was heavy and eye-opening about the renters market, eviction process, and dynamic between both renter/landlord. 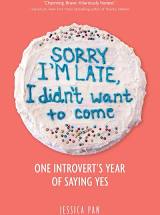 Since I will be starting as a middle school librarian in the fall, I have been trying to read more YA literature. This is one that I enjoyed — it was nice to read another piece from the SATC visionary. This was a quick read — read it in a few hours.

6-10 I plowed through four of Jasmine Guillory’s books; these are great if you’re looking for a light love-story that’s fairly predictable which was really nice to read during these times. Guillory has another book that’s either newly released or coming out soon and I’m looking forward to reading it soon as well: The Wedding Date, The Proposal, The Wedding Party, and Royal Holiday.

This book was heavier than I’d prefer but in my quest to read more YA literature, I came across this one. There are a number of elements of race and a deep sense of helplessness that came with reading about these young boys/young men being accused of rape by two white women. It is a powerful read that can be used to understand how society places value on white voices while suppressing black ones.

12 March: Book One by John Lewis

Prior to finding this book while perusing the YA section of the Libby app, I had no idea John Lewis had been a part of writing a book. I believe there are three in this series, all of which progress in the coverage of the Civil Rights Movement. Admittedly, I am not a big graphic novel fan — but I am trying to branch out and read more so that I can better engage with my students in the fall. This book really lays out ideas and history in a clear way and is great for middle schoolers.

I am on a bit of a reading hiatus as I slog through hundreds of pages about government resources, primary sources, and digital media this summer but I am hoping to delve into more YA texts and a few more fun reads before the school year begins.